For more than 240 years, the area around modern St. Michael’s cemetery has been used as a burial ground for Pensacola’s population, including many African-Americans.

Originally established on the outskirts of the colonial town, today, it is an outdoor museum in the heart of the urban environment. It is the final resting place of people from all walks of life, ethnicities, races, and religions; it was truly a community cemetery.

A walk through this tranquil green space will take you past markers carved in Spanish, French, and English. The cemetery has never been segregated and people of color make up a substantial percentage of the population.

For Archaeologists, the markers in St. Michael’s cemetery tell its diverse history. Family stories are captured in tiny details of the materials, styles, and motifs. Markers were imported from across the United States and used by all ethnicities. But, there are traces of African-American symbolism on some of their markers and around their graves. 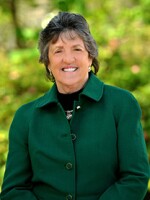