Did you know that a large city can save $70 million a year by protecting its trees?  A recent study in San Antonio calculated the value of the ecological services provided by its trees.  The researchers found that it would cost city residents over $70 million per year in taxes just to duplicate the ecological functions of its trees.

The researchers added up the costs to retain the same amount of stormwater runoff, to remove the same amount of air pollutants, and to provide the same energy savings as the city’s trees.  So the next time someone says that trees in Pensacola need to be cut down because they are in the way of development, tell them what San Antonio’s mayor said.

“Trees are a vital municipal asset, and they save our city residents over $70 million a year in taxes.” 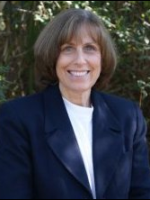