An ode to cribbage, the game that taught me a new (love) language

On Friday nights, I pray to the cribbage gods.

If you've never heard of cribbage, you're not alone. Until two years ago it was something I'd never played, a game I vaguely associated with my grandparents' felt-covered card table. Growing up in the heyday of Cranium and graduating to Scrabble when I became an English major, I missed the boat on cards and made it to adulthood with just a few childhood games of War under my belt.

When my partner Michael and I moved in together in February 2020, we hadn't had time for many games, cards or otherwise. Our first year of dating was typical of early-thirty-somethings, a happy whirlwind of weekend day trips and long, tipsy evenings at our favorite bars.

We expected living together to be a change, but not a huge one; we'd make coffee together in the mornings and maybe see each other for dinner, but otherwise maintain our busy schedules. Then in March of 2020 we were both sent home from work, and suddenly our lives were confined to 640 square feet.

After the first full week of working from home, we emerged stiffly from our makeshift desks. Bleary from too much screen time and anxious about the escalating pandemic, all I wanted was to relax into our usual Friday happy hour routine.

But it was suddenly clear that our relationship had entered new territory, one where playful spontaneity would be harder to come by. In search of distraction, we headed to our small cement patio and decided to try a game Michael had learned in college: cribbage.

I was an immediate convert. Cribbage has it all: you play with a deck of cards, but there's also a colorful board to track your progress. You gain points using familiar combinations (runs, flushes, three-of-a-kind), but there are also rules that feel whimsical and random, like scoring points when your cards add to the number 15. Play takes about 30 minutes, ideal for pre-dinner drinks — or playing best-of-three if things get competitive.

There's a well-earned satisfaction to rattling off your score at speed, but going too fast carries a risk — if you miss points in your own hand, your opponent can call Muggins and capture them instead.

After our first game, we developed a routine: on Friday nights we'd log off from work, head to the patio and play cribbage. I'd put on a playlist that mixed jaunty Italian classics with sultry bossa nova, and for the next hour our patio was transformed into something almost luxurious. After flaunting my lead, then scoring three "19 hands" in a row (a cribbage insider's "zero," since scoring 19 isn't possible), we joked that I'd tempted the cribbage gods, who can't resist interrupting a prideful streak.

The rest of the week might be filled with anxiety, but Friday cribbage was our time to be playful, to flirt, to recapture the feeling of our early dating days and set the many small tensions of daily life aside.

The rest of the week might be filled with anxiety, but Friday cribbage was our time to be playful, to flirt, to recapture the feeling of our early dating days and set the many small tensions of daily life aside.

I didn't realize what cribbage had become until we changed environments, going to live with my parents for several weeks that summer. One evening when family friends invited us over to grill, Michael and I decided to play a quick game of cribbage on the deck. My parents and their friends gently ribbed us, amused that we played such an old-fashioned game.

But I sensed a wistfulness underneath, and later one of them confided they wished they played cards with their partner. Relationships, especially lived-in ones, don't always offer opportunities to be light and playful with each other, and I realized that what we'd found through cribbage was something important, something more than just a pandemic hobby.

Today, we don't play cribbage every Friday. Sometimes now we actually go out, and sometimes we get lazy and watch a movie. But our commitment to cribbage is, officially, woven into our commitment to each other. Michael and I got married this summer, and in our ceremony we discovered that, without knowing it, we'd each written cribbage into our vows. He vowed to keep me challenged with frequent games. And I vowed to be graceful in defeat when, occasionally, he beats me.

What are you really into? Fill out this form or leave us a voice note at 800-329-4273, and part of your submission may be featured online or on the radio. 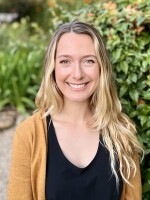